Do you remember the first novel you read from cover to cover? Mine was Hörbe by Otfried Preussler, in German. That author has a youth literature prize under his belt and is quite well known in Germany.

The book, and its sequel, were gifts from two different close friends, and I prize both with a lot of sentimental value.

The book has wonderful and whimsical things in it. There are people with conical hats made of leaves. The hat is actually two hats, an above-over hat and a beneath-under hat - the English does not make much sense, but in German those two hat names rhyme. The people with leaf hats live in a forest with a whimsical name, the Siebengiebelwald. There is marmalade. There is adventure. And there is their bread.

Which brings me to a recipe. Here is the page from the book about the bread, which was my inspiration for making bread. 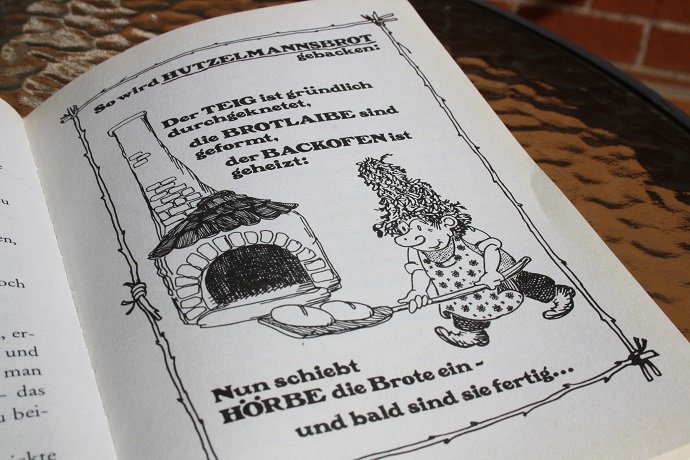 The character makes bread from the grains of forest grass. Making bread is a science in itself. You can spend days looking up different grains. Basically, I think it comes down to a grain being an edible seed. The two main types of grains are cereals and legumes. And cereal crops are members of the grass family. So it makes sense that this character was making bread from the grains of forest grass!

This is a recipe for multi grain bread, that I’ve come up with from inspiration from many sources. Boiling water is placed in the oven along with the bread to create steam, to form a nice crust. I think this makes a big difference to the crust. Industrial bread ovens do this too, by releasing steam. 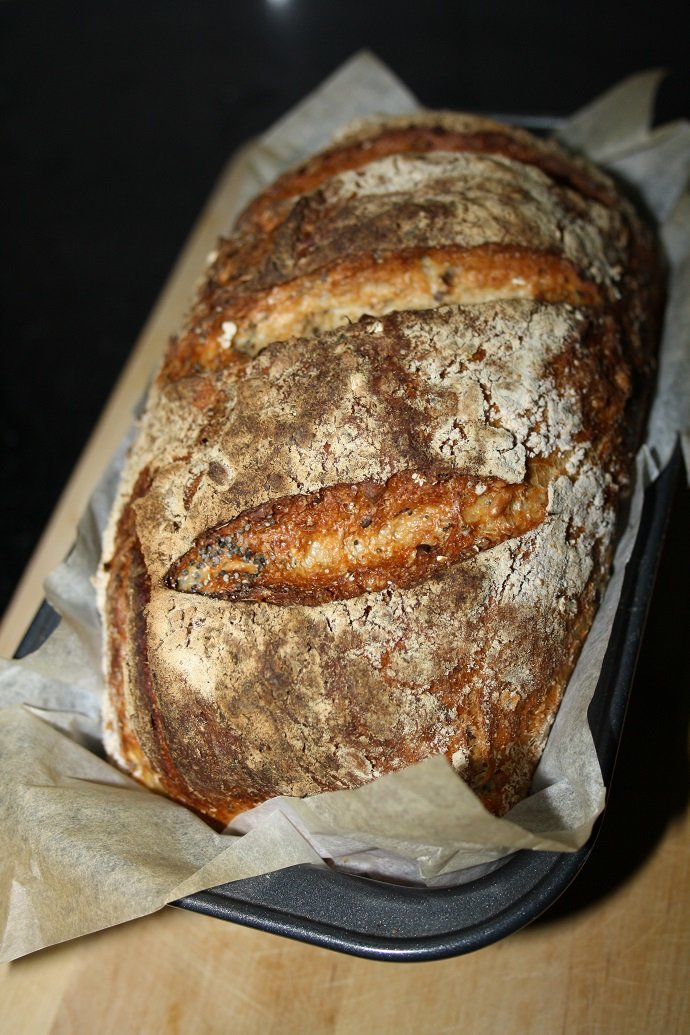