Entering an almost unmarked small foyer abruptly off a busy city street, and taking a plunge down some stairs, you will find Uncle Ming’s behind a door curtain of hanging tassels.

From their website: “Uncle Ming’s is an opium den inspired cocktail, whisky and dumpling bar - a celebration of Asia. Legend has it that Uncle Ming was one of Shanghai’s most notorious figures - a sweet potato vendor who began a life of crime as a policeman collecting protection money from local opium traders. Having to leave China, Uncle Ming settled in Sydney in the 1920’s and set up a place for the local community to meet and have a drink.”

Several cocktails that required flames were served throughout the night. 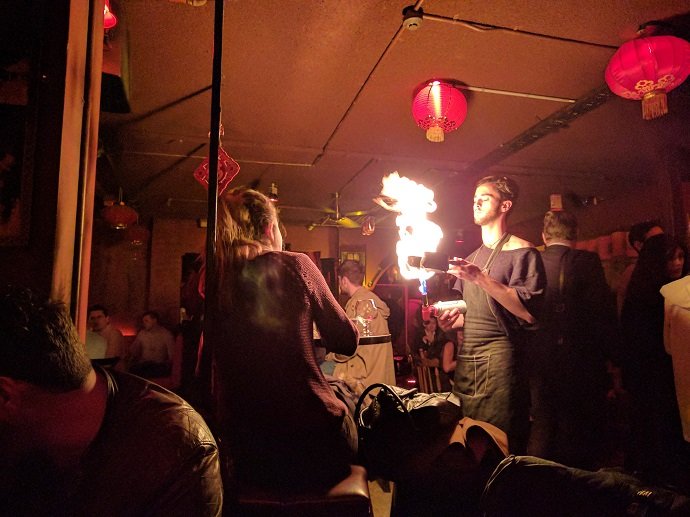 The lighting is very dark but complements the interior. There’s a lot of tables for sitting space, which makes this an easy going Friday afternoon hang out. Though it is crowded.

You will likely order dumplings and edamame if you come here, they are hard to avoid, and they are delicious. You will end up with a pile of stacked wooden steamers next to you, as you make your way through more of them. 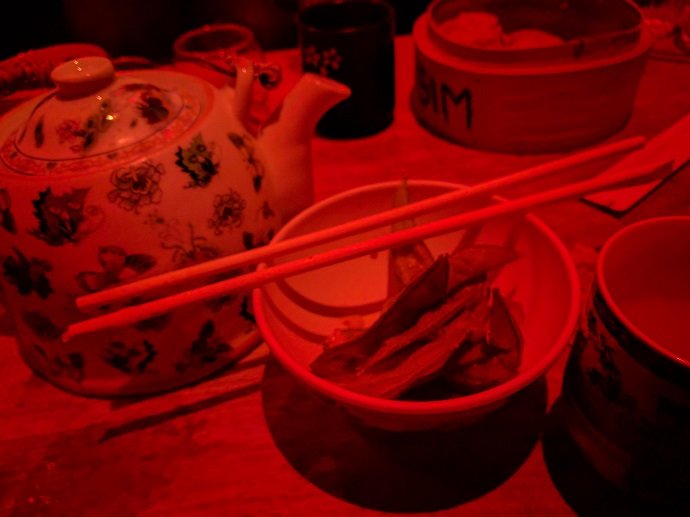 As for the alcohol, there is a lot of choice. You will likely learn something new faced with so much choice. There is sake (Japanese rice wine), umeshu (Japanese plum wine), many kinds of whisky and soju (a Korean alcoholic drink, often, but not always, made from one of rice, wheat, or barley). Some drinks are served in ceramic teapots, which you pour in to small matching ceramic tea cups to drink. A cute touch. 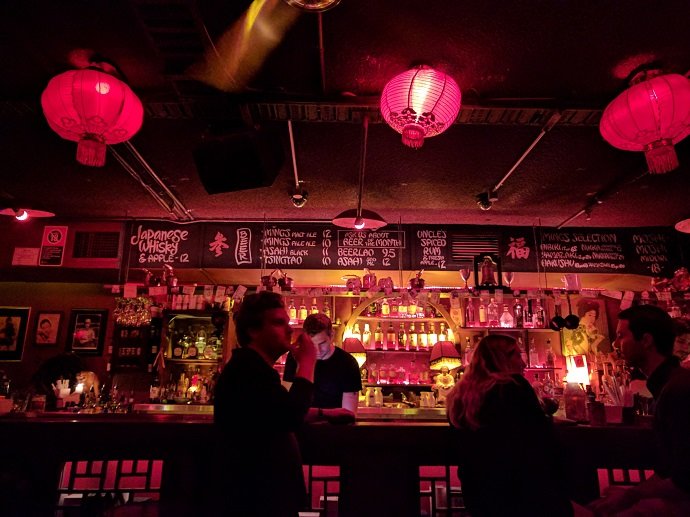 I went for the umeshu, which I often order at Japanese restaurants as it’s a favourite of mine, and hard to find elsewhere. I also had some blueberry soju, which was dangerously addictive.

It’s not your average bar, and it’s fun discovering an almost hidden entrance, a place with such an atmosphere below ground level in the middle of the city. Exiting through the door curtain of hanging tassels, and climbing back up the stairs to a plain concrete footpath, the dark red lighting fades, and you adjust to the contrast in atmosphere.