This was a surprise find, with street signage calling me over to enter and eat. The night I ate here, I had actually planned to make dinner, but the pink sign out the front was too tempting. Once inside I checked out the place online, and found out that it is owned by a well respected Croatian chef.

Concept Burger is in Wolli Creek, in Sydney’s South. It’s beginning to feel a lot like the outer fringes of the inner city are expanding, bringing cafes and restaurants with them, such as this one.

There are several burgers on offer, each associated with a country - China, Japan, Portugal, Argentina, Italy, Canada and France. I wish I had a guest post in all the languages spoken in each of those countries on this blog! The website says the burgers hero each country’s most loved flavour. There’s art on a large white feature wall. It’s the names of countries in plain black text, arranged to form a world map. Each country name is text, but the text is shaped like the country it spells! All the text comes together to form a world map. I sense a theme for this place.

I order the Chinese burger - five spice fried chicken, szechuan pepper, celeriac slaw, pickled cucumbers, baby cos lettuce and fermented chilli paste. The burger was generously stacked. The chicken was spicy and tangy. The slaw and chilli paste were very rich, which paired well with the spicy chicken. 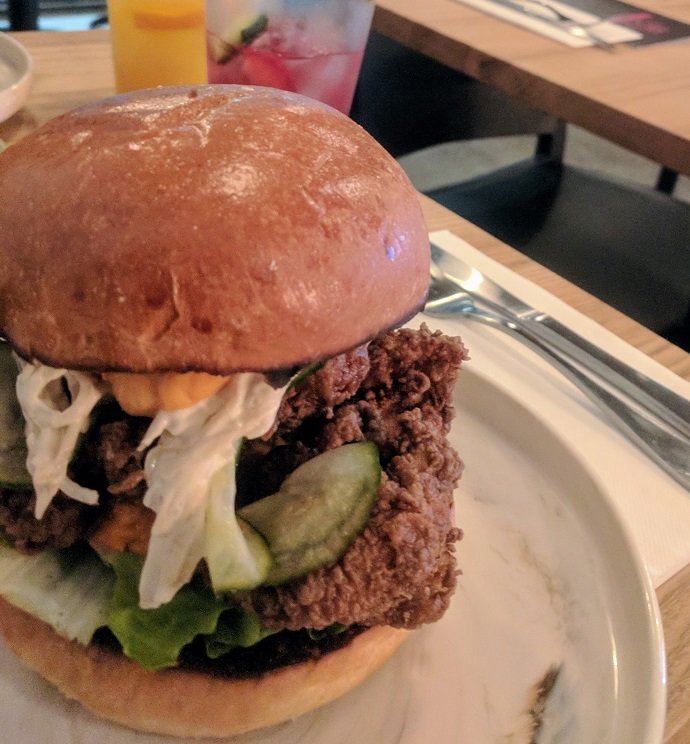 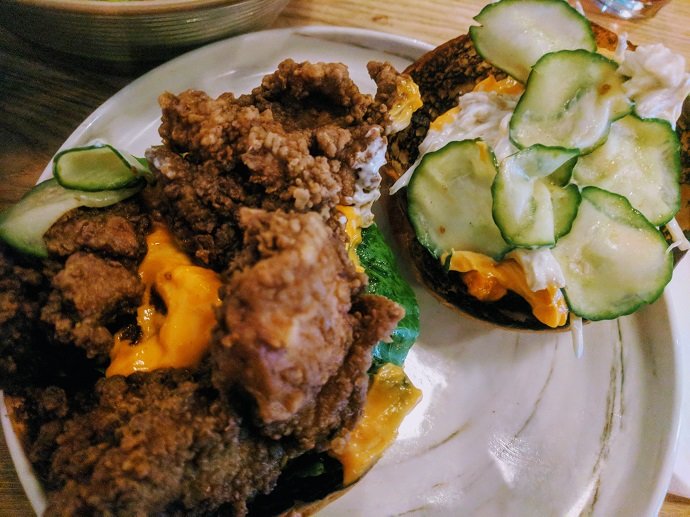 I also order green soba noodles, with chinese cabbage, pickled radishes, edamame, mint, coriander and light soy dressing. The picture does not do the noodles justice, as they are at the bottom of the bowl. This was my favourite as it was refreshing and not something I make at home nor order when I’m out. 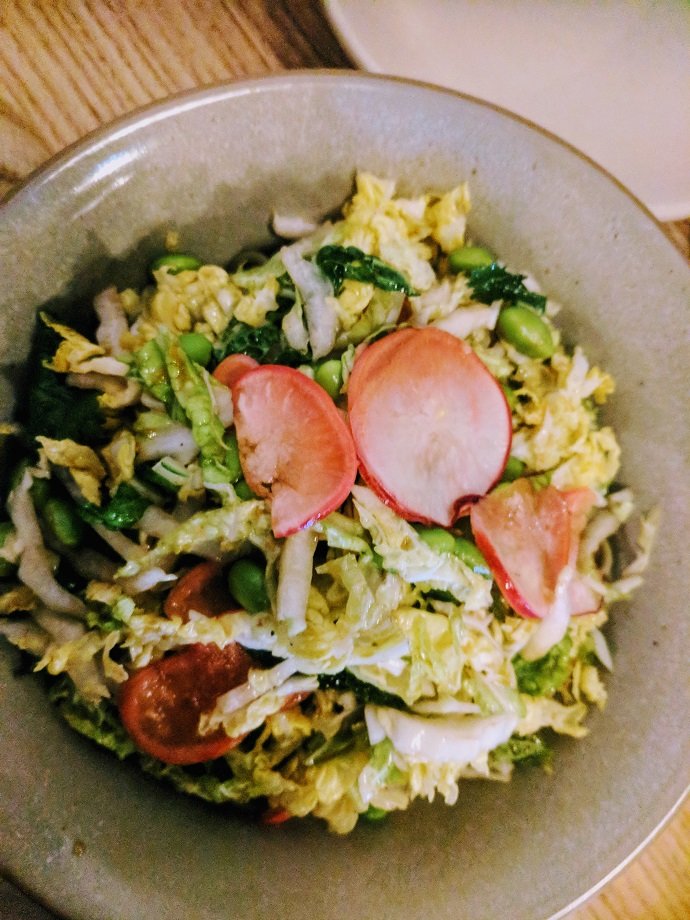 I notice that there is one dessert on the menu. It might be a marketing tactic, having only one on the menu - if so, it certainly worked on me. It is a white chocolate mousse with passion fruit, freeze dried raspberries, pistachio and chocolate cookie. It was a very light and creamy mousse, with no air bubbles. I could have many of these in a row!

I liked the red one, the Juniper Star, better, probably because I’m a big fan of cinnamon. 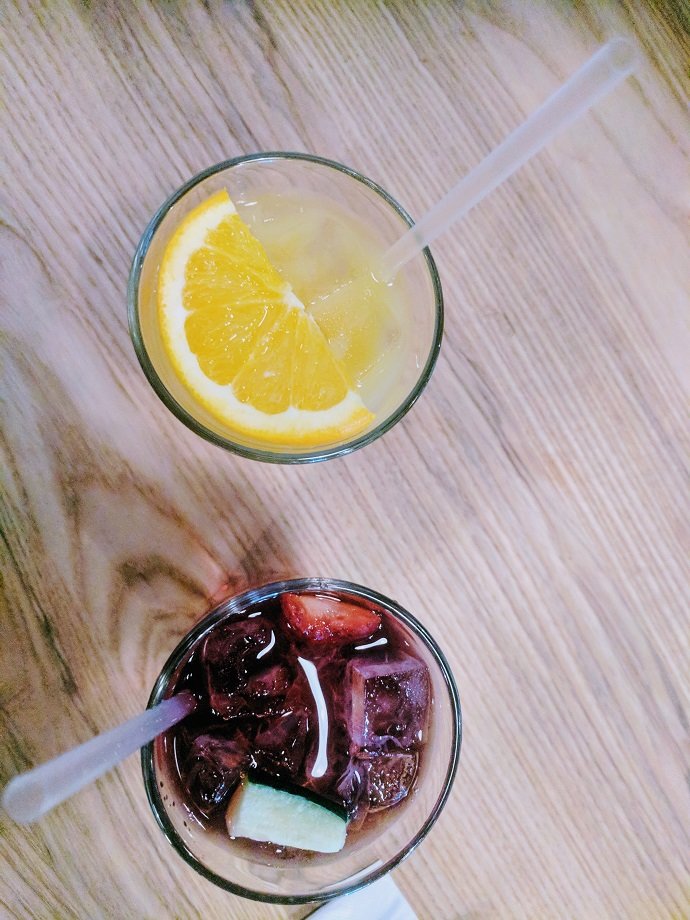 It’s safe to say that I will likely be back for dinner here soon! And to try those smoothies on the menu.