Pastries warm out of the oven are the best. I went on a morning stroll with a local to get some fresh, warm burek at a famous burek bakery. I left planning future visits to try all the flavours, even though I had grown up eating many of the flavours on offer.

It’s probably dangerous to get in to an argument about the origins of burek. Wikipedia says it’s of Anatolian origins, and “found in the cuisines of the Balkans, Levant, Mediterranean, and other countries in Eastern Europe and Western Asia”. I’ve heard many people say it’s popular in the countries of the former Ottoman Empire. Though it has also been linked to Indian samosas and Chinese spring rolls.

The type of dough used is “jufka”, which is another name for filo, which means “leaf” in Greek. It is tissue-thin sheets of dough that have very little fat. This is not to be confused with puff pastry and croissant doughs, which are “laminated” doughs. Those are similar, but are repeatedly folded and rolled, creating tens of layers.

Enough about the dough - what about the filling? I’ve opted for the modern nutella version. The nutella flavour comes out as a roasted hazelnut flavour, as the heat from the oven has changed that pure nutella taste. There are crispy nutella bits too. 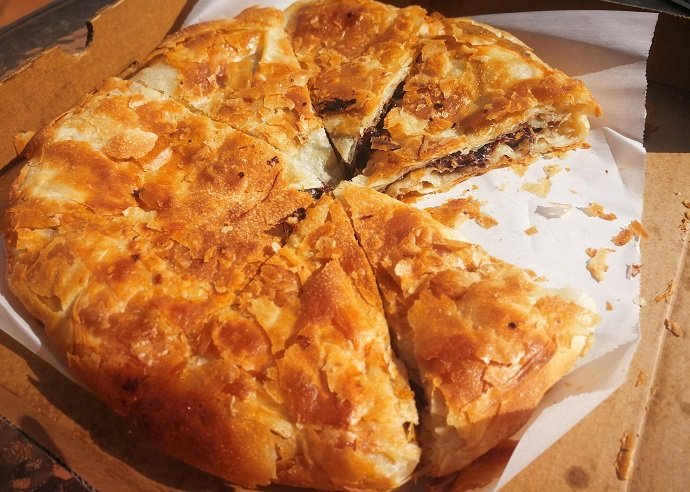 The savoury versions of burek are well known, but there’s other staples of cherry and apple too. Will have to try them all. 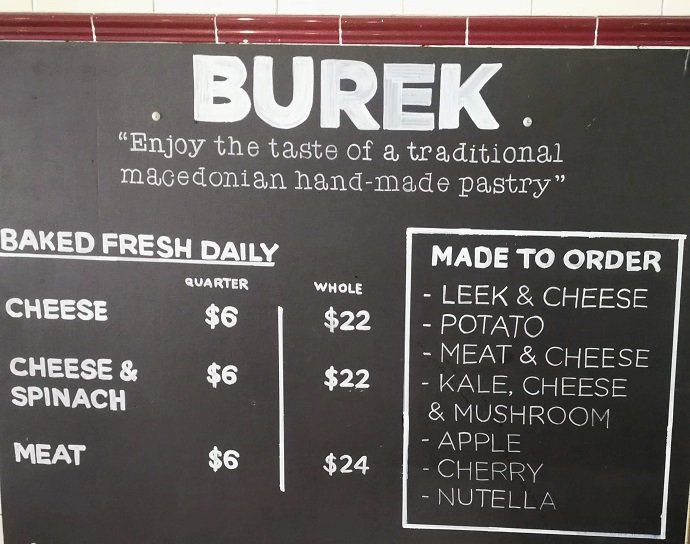