After dipping my toe in the water of pastry with my bread and burek posts, I’ve always wanted to continue learning about breads and pastries - there is so much history and detail there! So here is a post about the Serbo-Croatian kiflice - these can be either savoury or sweet, but I have grown up eating the savoury version with sour cream.

As for the history of kiflice - there is lots out there! Wikipedia currently summarises them as

“Kifli or kipfel is a traditional yeast bread roll that is rolled and formed into a crescent before baking. Crescent-shaped pastries are considered to be the oldest-surviving pastry shape and are believed to represent an ancient pagan tradition involving offerings to the moon goddess Selene. Pastries of similar shape have been baked since at least the 10th century in monasteries. In Vienna kipfel dates to at least the 13th century and was likely traditionally baked in monasteries for Easter. It is a common type of bread roll throughout much of central Europe and nearby countries, where it is called by different names. It is thought to be the inspiration for the French croissant, which has a very similar shape but is made with a different type of dough.” 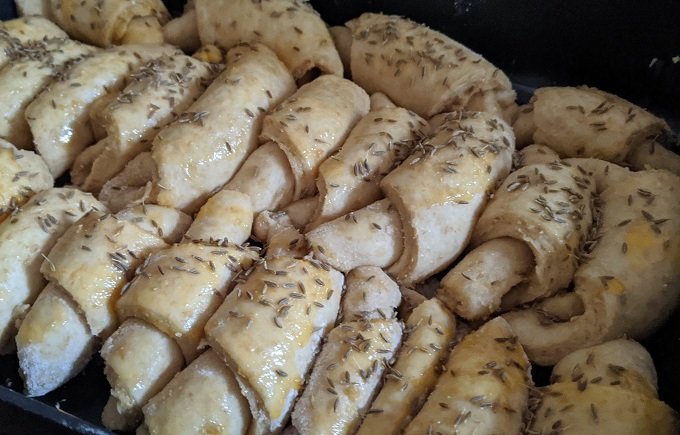 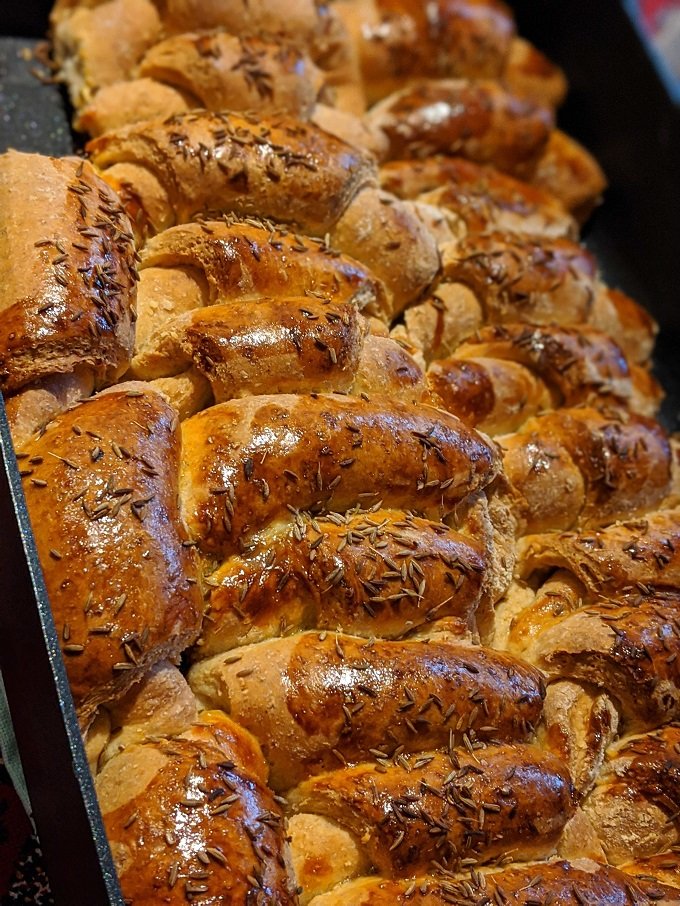 Here is the recipe that I grew up eating.

You can use nigella seeds like in the below picture - delicious either way! 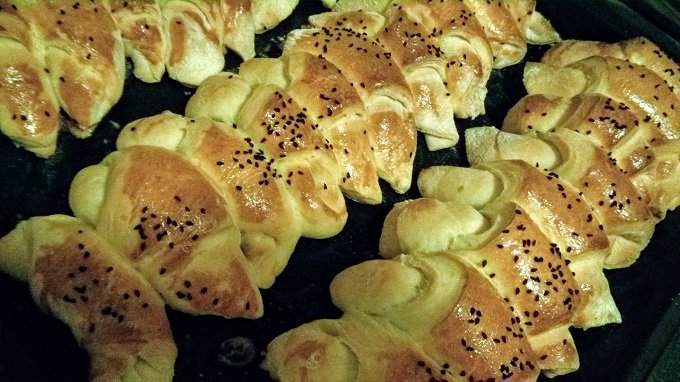