Outside the realm of the supermarket world, Lebkuchen can also be found sold as large heart shapes with writing on them, usually personalised messages, and as a Lebkuchenhaus, similar to a gingerbread house.

I could not help having a go at making my own this year. I made the flat, disc shaped variety. 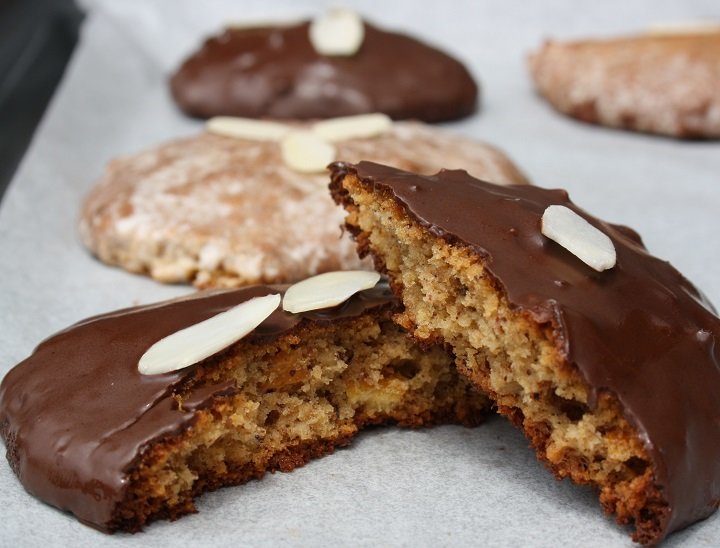 But, I needed Lebkuchengewürz. That’s a special mix of spices!

On my quest to learn more about spices, I discovered a shop called Gewürzhaus in The Strand, Sydney. Think of a lolly shop, but with spices instead of confectionary. The name is German for “spice house”, and the shop was started in Melbourne by two German sisters. It was fun asking about spices.

The way to make the Lebkuchengewürz is to simply mix all the ground ingredients together. I used a spice grinder for some of the spices which were not pre-ground. In the picture below, before I mixed all the ground spices together, you can still make out which spice is which. The coriander seeds are on the right, where small pieces of their spherical shells can still be spotted. The leafy green one on the left is cardamom, as its green pods and contents were shredded to pieces. The dark brown at the bottom is cloves. One of the mixes at the top is star anise. Ginger is the lightest one. 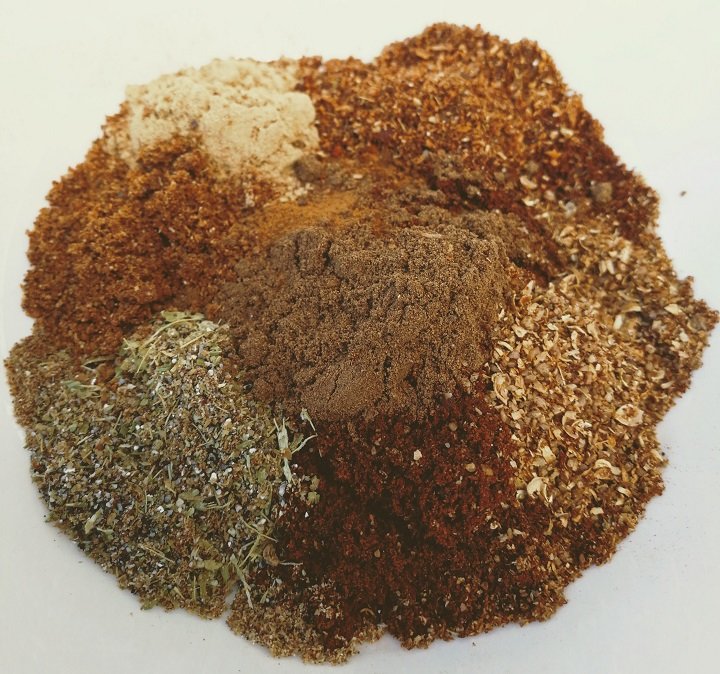 Ingredients for the Chocolate Glaze:

Ingredients for the Sugar Glaze:

This made about 25 cookies for me, of varying sizes.

They turned out great with people asking if they were store bought! For a more authentic recipe, use Backoblaten (thin discs made mainly of flour and sugar) as the base of each cookie. There’s many variations to this recipe, including a Lebkuchen slice which I will have to try out with all the left over Lebkuchengewürz that I now have! 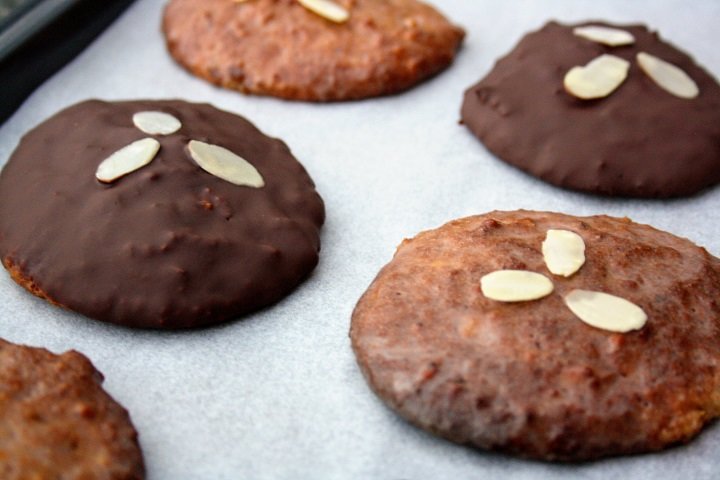